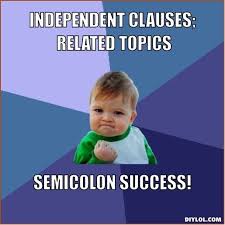 Bringing Chracters to Life on the Page

Everyone knows the characters are not the only object writers need to thoroughly create, but for today, it’s what I want to talk about. A story is nothing without its characters. The plot might be amazing and the description of the cabin in the woods might be astonishing, but if you have an unbelievable character, well, then everything falls apart. A character needs to have a purpose– a point in a story that can change an entire event based on his/her action and the only way to do that is to make the character believable. They need to be real.

One way to create a believable character is to use a technique I learned from Jane Bradley called “direct experience.” For example, use language that appeals to the five senses. To clarify, take a character that bites into a sour apple. The writer should describe the bite—the juice, the flow, the taste—in a way that the reader’s taste buds activate and a sensational memory of them biting into a sour apple would trigger when they read your description. Whether people want to admit it or not, when people read good writing, a sensual clock ticks inside their head reminding them of the experience their reading and how it connects to their own. If the writer can successfully make that experience the similar, the character becomes more believable. In another words, and I’m sure everyone who writes is tired of this cliché, show don’t tell, but come on, it’s true.

The most important thing is to remember that characters are the same as people and because of that, they live in both external and internal worlds. Jane Bradley, once again, gives a great example of this. When a student, or you, sit at your desk and listen to your professor speak, do our minds not sometimes go off on a tangent wondering about what we’re doing after class, or how pretty that little “thang” is when a girl (or dude) goes walking by. Basically, your characters need “realism” and “experience” in matters. By realism I mean that all of us have memories of something – good and bad – and you should use those experiences to your advantage in order to create a more believable character. However, you can’t just simply do this. As a writer, it is your job to successfully intertwine both the external and internal worlds.

And I’ll leave the rest to C.S Lewis:

Filed under Characters, Showing vs. Telling